The 5th Generation Nissan Micra has been sitting in our showroom for a couple of weeks now, so we decided that it was about time to take it out on a little test drive of our own to see how it handled the local city roads.​​

Obviously, the first thing you have to do when you get into any new car is to adjust everything to suit your driving position.​ With electrically adjustable door mirrors as standard, finding the right position was easy. The controls are located on the driver's door next to the buttons for the electric windows. The position of the slider indicates which mirror you are operating using the D-pad to move the mirror into the perfect position. The new Micra also has a height adjustable steering wheel and driver's seat to make sure that you can find a comfortable driving position.

The version that we tested was the top-of-the-range Tekna with Nissan Intelligent Key and start push button meaning that we didn't need to press a button on the key to open the car, we just pressed the 'Request Switch' on the door while carrying the key. Once inside the car, we also didn't need to insert the key anywhere, the engine was able to start by pressing in the clutch and pushing the engine start button.

The route we decided to take was just a short 5 mile round trip from our Nissan dealership to Epsom Downs which incorporated an industrial estate, a high street (with ongoing roadworks), narrow residential roads and stretches of higher speed, traffic-free roads.

Starting out from the car park, the first thing we encountered was an industrial estate which had patches of narrow roads as a result of HGVs passing or being parked up at the side of the road. Despite its strong stance on the road, the new Micra is still a slim hatchback that was comfortably able to slip by any passing traffic.

Next was the notoriously busy high street made even busier thanks to two separate sets of roadworks. In some cars this might have been an issue, however, our test Micra had a Start/Stop engine meaning that sitting in traffic caused by roadworks wasn't a problem. Putting the car in neutral when we were stopped turned the engine off and it automatically started again when the clutch was pressed in again.

When we eventually made it through the high street we were able to stretch the new Micra out a little bit on higher speed roads. The intuitive 5" Advanced Drive Assist Display notified us when we needed to change gear so that we were driving as fuel efficiently as possible and the IG-T 90 petrol engine provided plenty ​of acceleration power​ away from traffic lights. At both low and high speeds, the new Micra provided a quiet and comfortable driving experience with all the necessary functions in easy to reach places. For example, tuning the radio and changing the volume can all be done via the steering wheel mounted controls so you don't have to spend time fumbling with the touchscreen while driving.

Before reaching our destination at the Downs, we had to negotiate narrow residential roads with parked cars on either side, making the road wide enough for only one car at a time. This did not present a problem for the new Micra which has very agile and responsive handling. Although it was slightly odd to begin with, the D-shaped wheel was easy to grip and didn't take long to become accustomed with.

What Else Can the New Micra Do? 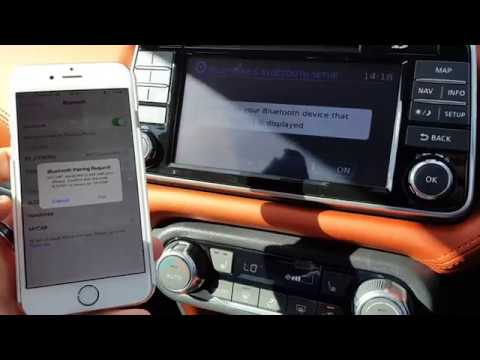 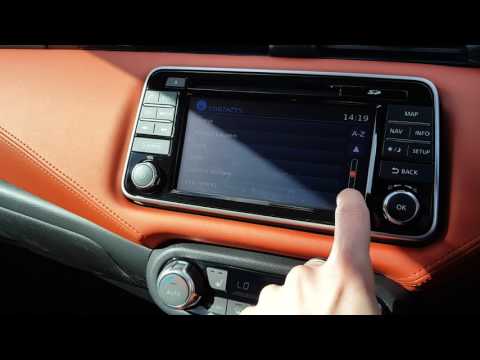 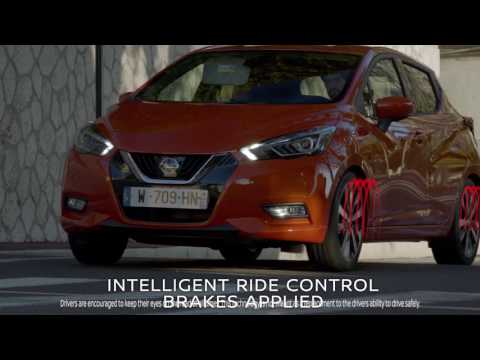 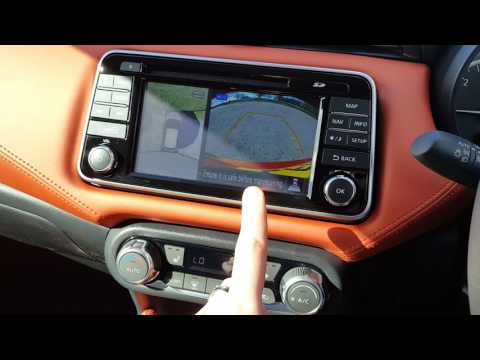 If parking is the bane of your driving life​, then you would definitely benefit from all of the helpful technology available on the new Micra. It has rear parking sensors to help you judge distances while reversing as well as an intelligent rear view camera that pops up on the 7" touchscreen as soon as you put the car in reverse. The most impressive feature has to be the Around View Monitor which gives a birdseye view of the car so that you can see any objects, obstructions or people in the immediate surrounding area. While we didn't test it in a car park, this technology would definitely come in handy in the local supermarket where you have to dodge other shoppers and abandoned trolleys.

Personally, I have been dying to get behind the wheel of the new Micra since it was unveiled at the Paris Motor Show. I was never really attracted to any of the old styles, but this one has been on my radar for some months now. To be honest, it did not disappoint when I sat behind the wheel. It is full of modern technology to help make driving easier, safer and more enjoyable as well as continuing the attractive exterior inside. The drive itself was smooth, responsive and comfortable and I would jump at the chance to drive it again.

Explore It For Yourself

How Expensive Is It?

Share article via
Back to Top
Company Info
Nonsuch Business Park, Kiln Lane, Epsom, United Kingdom, KT17 1DH
Reg Office: Kiln Lane, Epsom, United Kingdom, KT17 1DH
Reg. Company Number: 272743
VAT Reg. No. 235 812077
FINANCIAL DISCLOSURE
Finance subject to acceptance, over 18’s only. Indemnities may be required. Wilsons of Epsom is authorised and regulated by the Financial Conduct Authority. We work with a number of carefully selected credit providers who may be able to offer you finance for your purchase. We are only able to offer finance products from these providers. Wilsons Automobiles & Coachworks Limited is an appointed representative of ITC Compliance Limited which is authorised and regulated by the Financial Conduct Authority (their registration number is 313486) and which is permitted to advise on and arrange general insurance contracts. As part of our commitment to providing the best possible service to our customers we record all telephone calls for staff training purposes, helping us to improve the quality of our customer service and to ensure the information we provide is consistent and accurate.
Back
Book A Service
Vehicle Valuation
Compare Saved Vehicles
Top
Close
Your Cookie Settings
Select your cookie settings
Strictly Necessary Strictly Necessary cookies are essential to let you move around the website and use its features, such as accessing secure areas, shopping baskets and online billing. These cookies allow our website to provide services at your request.
Functional Functionality cookies are used to remember the choices you make, e.g. your user name, log in details and language preferences. They also remember any customisations you make to the website to give you enhanced, more personal features.
Targeting Targeting cookies collect information about your browsing habits to deliver adverts which are more relevant to you and your interests. They also measure the effectiveness of advertising campaigns.
Save Settings
Cancel Changes

Your settings will take affect when you refresh the page or move to a new page. Find out more about cookies

This site uses cookies and related technologies for site operation, analytics and third party advertising purposes as described in our Privacy and Data Processing Policy. You may choose to consent to our use of these technologies, or further manage your preferences. To opt-out of sharing with third parties information related to these technologies, select "Manage Settings" or submit a Do Not Sell My Personal Information request.